Angkor Wat and Beyond: Top 6 Places to Visit in Cambodia 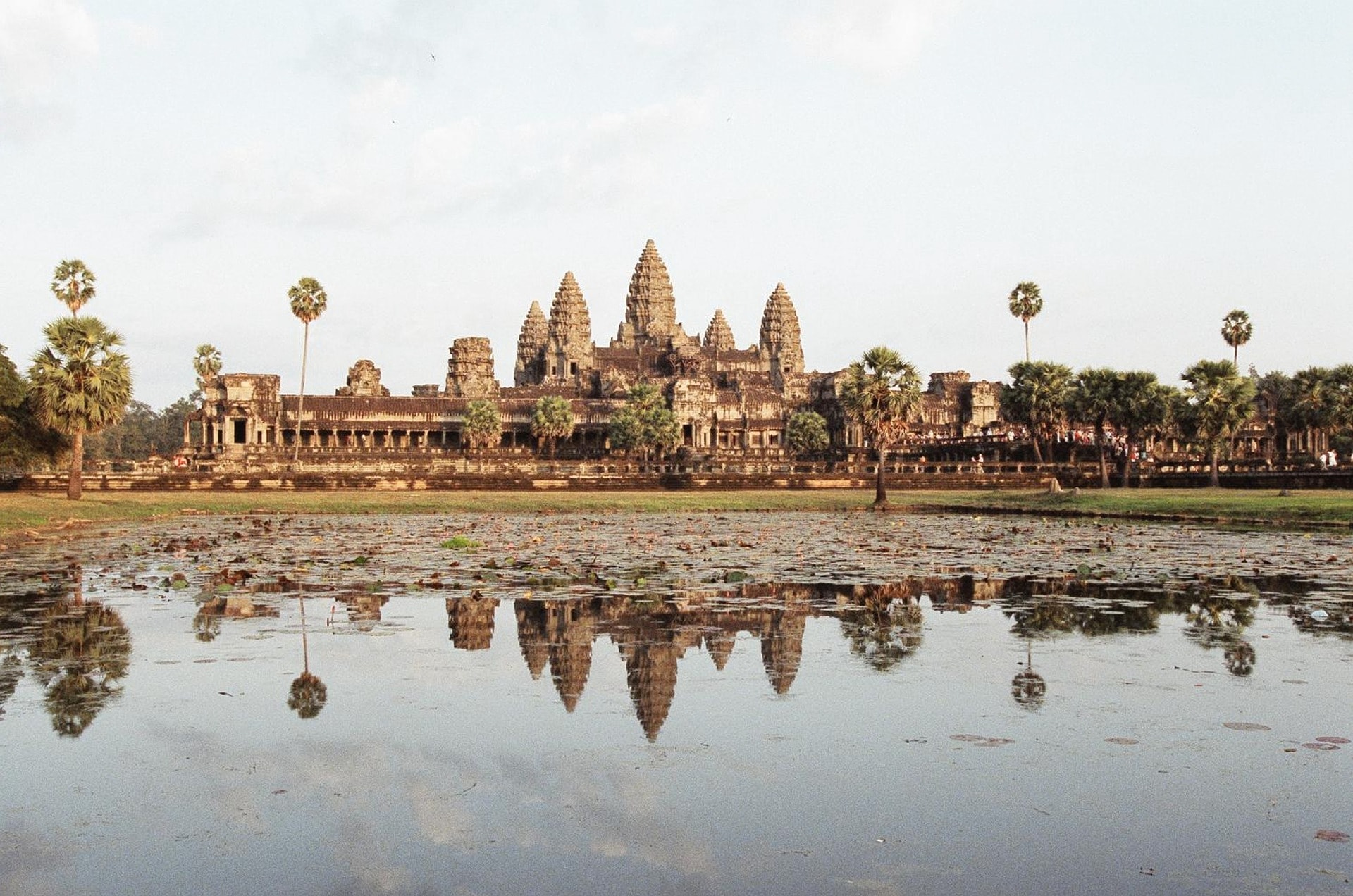 Southeast Asian countries like Thailand, Vietnam, and Indonesia are world-famous for their beautiful beaches and stunning natural sceneries. But if you’ve grown a bit tired of the blue seas and green forests, maybe it’s time to book a Cambodia tour package instead.

Bordering Thailand, Laos, and Vietnam, Cambodia is a paradise for history buffs. It has its own beaches and natural sights, sure, but ancient ruins and traditional villages are really where Cambodia shines. If you’re finding yourself interested in paying the country a visit, here are a few fascinating places that might just charm you into visiting over and over.

Angkor Wat, a massive temple city built in the 12th century during the Khmer Empire, is the country’s icon and the primary reason why tourists flock to the kingdom. It’s the world’s largest religious monument and was also the largest city in the world during medieval times. Despite now being a Buddhist temple, Angkor Wat was originally a Hindu temple dedicated to Vishnu. This was considered a break from tradition, as previous kings usually built and dedicated temples to Shiva.

The dwellings and other structures within the city were primarily made from wood. As such, the surrounding jungles quickly took over and subsequently eroded the buildings. All that’s left today are the colossal temples, which were made from sandstone and laterite. If you don’t want to spend the whole day at Angkor Wat, some of the must-visit sections include Preah Khan, Angkor Thom, the Bayon Temple, and Ta Prohm Temple. The latter gained international prominence when it was used as a shooting location for the movie Tomb Raider, released in 2001.

Prasat Preah Vihear is another temple complex in Cambodia and also a UNESCO World Heritage Site. It’s located on a cliff named Poy Tadi atop the Dangrek Mountains, giving visitors a view of the floodplains below. Distinguished by its elaborate pavilions linked by long causeways, Prasat Preah Vihear was built in the early 9th century in honour of Sikharesvara and Bhadresvara, Shiva’s manifestation as mountain gods. The temple complex lies against Cambodia’s border with Thailand, which led to the two countries’ years-long ownership dispute. The International Court of Justice only ruled in favour of Cambodia in 2013, finally clarifying the issue.

With how busy and dynamic Phnom Penh is today, you might be surprised to know that it was abandoned during the days of the Khmer Rouge. It quickly recovered, however, and is now the thriving centre of Cambodia’s economy, culture, and history. Phnom Penh is considered one of the most beautiful cities in French Indochina. This is evident in the well-preserved grand French colonial buildings in the city’s boulevards.

Phnom Penh is a chic, modern destination full of historic sites. Once you’re there, make sure to visit the National Museum and the Royal Palace for an exploration of Cambodia’s beginnings, development, and traditions. You should also check out Wat Phnom, Wat Langka, and Phsar Thom Thmey. For memorials and monuments to the Khmer Rouge era, visit the Tuol Sleng Museum, the Choeung Ek Genocide Center, and the Cambodia-Vietnam Friendship Monument.

Located on the Preaek Tuek Chhu River in southern Cambodia, Kampot is famous for its black pepper plantations. As such, the sleepy city is most well-known among cooks around the world due to the unique flavour of its black peppers. Still, Kampot is slowly gaining more tourist attention. This is due to the focus on its natural assets, as Kampot has plenty of caves, forests, waterfalls, and interesting wildlife. Popular among spelunkers and rock climbers are the Kampot Kampong Trach Caves and the Kbal Romeas limestone caves. There’s also the Preah Monivong Bokor National Park, which might interest nature lovers. Finally, Kampot is also a prime destination for river rafting and boating.

If you love the fresh air of the countryside or if you don’t want to deal with the almost-constant busy-ness of Phnom Penh, Battambang should be one of your destinations. This laid-back city is the second most populous in Cambodia, filled with rice fields, colonial buildings, temples, and shrines. What’s interesting is that there are statues of animals and gods scattered in public places. You can even find a statue of an ancient Khmer king along the road that leads to Phnom Penh. If you still aren’t tired of temple hopping, Wat Ek Phnom, Phnom Sampeau, and Phnom Banan are highly recommended.

Had enough of temples and shrines? Don’t worry. Ratanakiri’s outback feel, with its red dirt roads and ethnic villages, is the perfect cure. One of the best activities here is trekking and exploring, starting at the Veun Sai-Siem Pang Conservation Area. You should also visit Virachey National Park, where you can find bears, elephants, and tigers. Meanwhile, those who love swimming will appreciate the quiet waters of the Yeak Lom Crater Lake. Ratanakiri is the perfect place to unwind after you’ve explored Cambodia to your heart’s content.

Cambodia is certainly a unique country. Despite having some similarities with its neighbours, it has a truly different culture of its own. You have to visit it at least once to understand why more and more people are flocking to this charming destination.