The paradise of the Beach of Cancun, Mexico 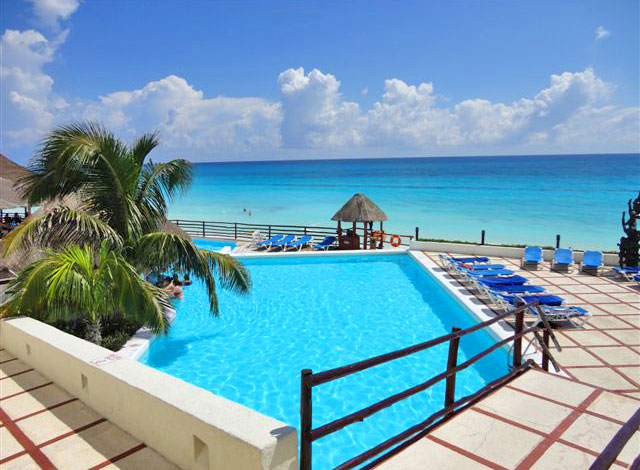 All this time we had not enjoyed a “real” vacation until the trip to Mexico came 3 months ago. We feel very fortunate because we have not stopped traveling, but until now we had not tolerated the luxury of doing it without designing a route to be strictly complied with, without changing accommodation every few days, trying to make the most of the days or being confused. with taking pictures and finding good stories to share in this or other blogs.

Cancun was the destination chosen for this irrevocable parenthesis and our only ambition during the days we spent in this Caribbean paradise was to rest by the sea. Disconnect from everyone and everything, and also live an incredible experience on a yacht in cancun.

Crossing the pond with two children of four and a year did not seem like the best way to start a relaxing vacation in Mexico. Being Holy Week the direct flights between Spain and Cancun were by the clouds, so to lower costs we flew via USA. The tedious customs procedures in Chicago and the different stops lengthened the trip more than necessary, but the effort was well worth it.

We arrived in Cancun exhausted and at night. The mercury exceeded 30 degrees at that time, despite the fact that we were in April. The transport that we had previously contracted from Spain was not waiting for us when we left the airport, with which fatigue made us fear the worst. Our unmotivated fears vanished when a man appeared with a sign in which he could read our name and turned on the air conditioning of his van. The entertaining talk we had with that man came in handy to combat the drowsiness and in a seen and not seen we arrived at our hotel. The fierce traffic of the city gave us a truce that night.

The idea of ​​spending a week in a tourist complex with an all-inclusive bracelet and making lines for breakfast or bathing in the pool did not excite us too much, so we set multiple objectives to select the accommodation for our vacation in Mexico. It was essential that it had a beach of scandal, that the environment was peaceful, with local restaurants just a few steps away and that there were spaces in the facilities focused on those who travel with children. With this list of requirements, the winner was the Presidente Intercontinental Cancún, a 5 star hotel located on the Kukulkan Boulevard in the hotel zone in front of the Nichupté Lagoon.

This time the answer was going to be a definite no. Nothing would disturb our relaxing vacation in Cancun and we do not regret the resolutions we took before, during and after the trip. The little ones had a fabulous time on that beach of the Mexican Eden and it returns.